We’re a little over halfway through yet 2018 has already proved to be another exciting year for cars. We’re welcomed new entrants into every major segment, and that ever-growing flock of SUVs continues to surge.

Here is your one-stop shop for keeping up-to-date with what’s coming when in the car industry.

The subtlest of styling tweaks hides the addition of sat-nav across the entire range, and other tech upgrades across the interior. 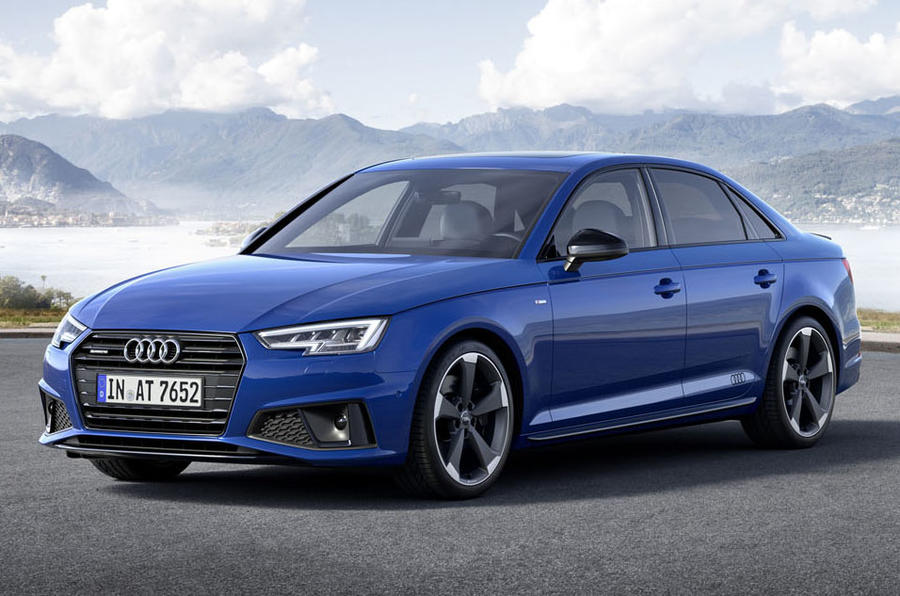 Audi’s X1 rival gets the new family face grafted on the front, more tech on the inside and an increase in size to differentiate it from the Q2.

Estates are a dying segment elsewhere in the market, but the A6 Avant – along with its rivals – will continue to outsell their saloon counterparts.

More hardcore M2 gets the twin-turbo six-cylinder from the M3 and M4. Picks up where the legendary M3 CSL left off.

More grown up budget SUV gets an overhauled interior and updated exterior. 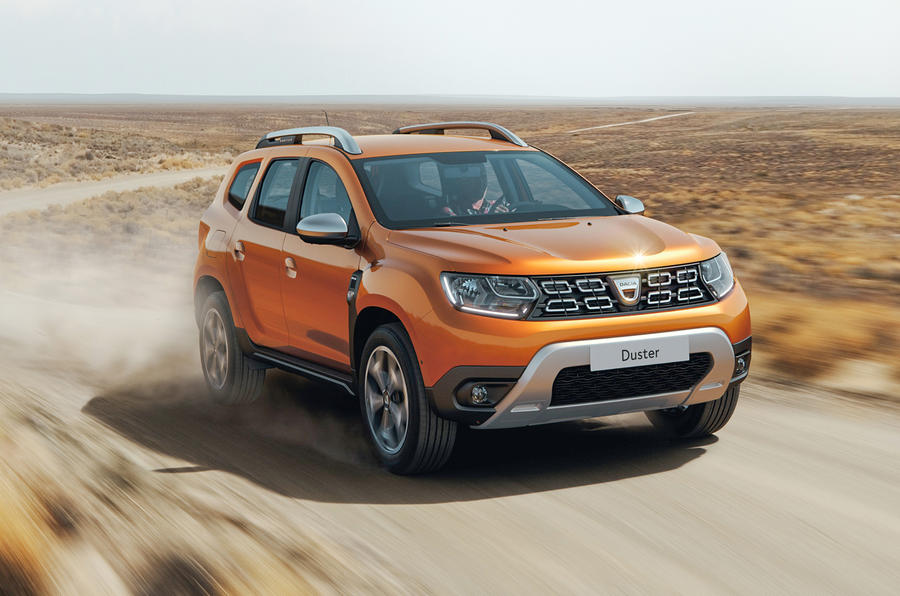 Stalwart hatchback will be launched mid-year, with ST variants to follow.

An EV version of the Kona will follow the standard versions in 2018, as Hyundai ramps up its charge into alternative fuels. 292 miles of range is claimed, as is 0-62mph in 7.6sec.

Deliveries for the newly-crowned four-door ‘Ring king begin in July. Jaguar’s EV challenger was revealed in production form at the Geneva motor show in spring; it’ll be with customers by the summer.

More safety kit and a GT trim level for Kia’s Ford Mondeo rival. Exterior revisions are all but unnoticeably subtle.

There’s 429bhp on tap from Mercedes-AMG’s first performance hybrids. They replace the E43 models and are joined by an AMG CLS 53.

Gap-plugging GT S Roadster sits directly between the GT Roadster and the more hardcore GT C Roadster. Straddles the pricing of the two, too, at £126,730. 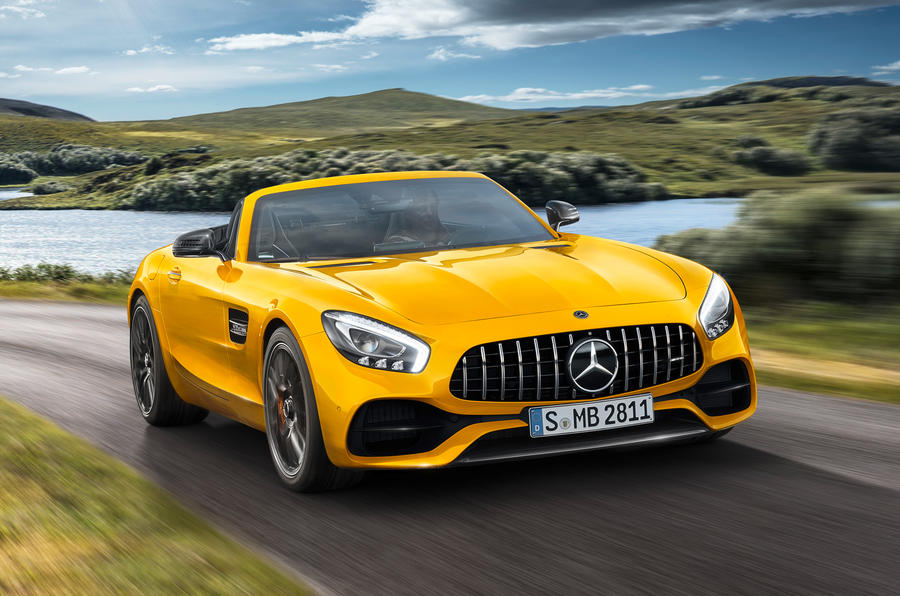 The G-Wagen has been overhauled, with a G63 kicking off the newly spruced up tough-mudding SUV. Aerodynamics, we already know, will not be a priority.

S-Class tech trickles down into Mercedes’ best-selling model, and the UK’s best-selling saloon car, the C-Class.

Glickenhaus’ Le Mans car for the road packs 650bhp from its 5.0-litre twin-turbocharged V8. The few that will make it to the UK will arrive from July. 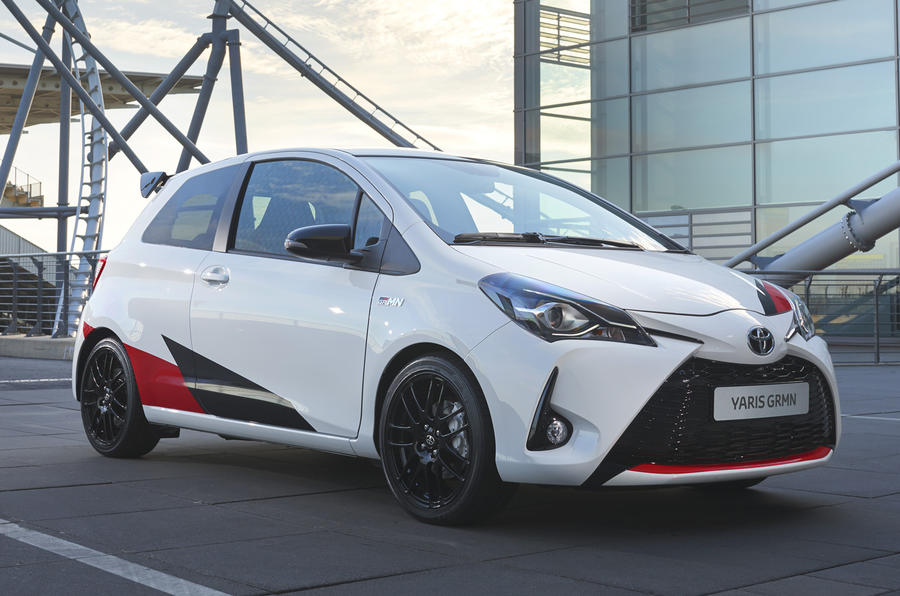 Vauxhall’s supermini gets the warm treatment in answer to the Ford Fiesta ST-Line. VXR isn’t dead, insists Vauxhall, but there are no further models planned just yet.

Very large, dramatically-styled SUV will sit atop the Audi SUV range, based on the Q7. SQ8 version to follow.

X3-based SUV-coupé shifts after just four years, with the advent of the new X3.

Honda bucks the anti-saloon, pro-SUV trend by introducing a new saloon to the UK market. It’s already sold in markets across the world. 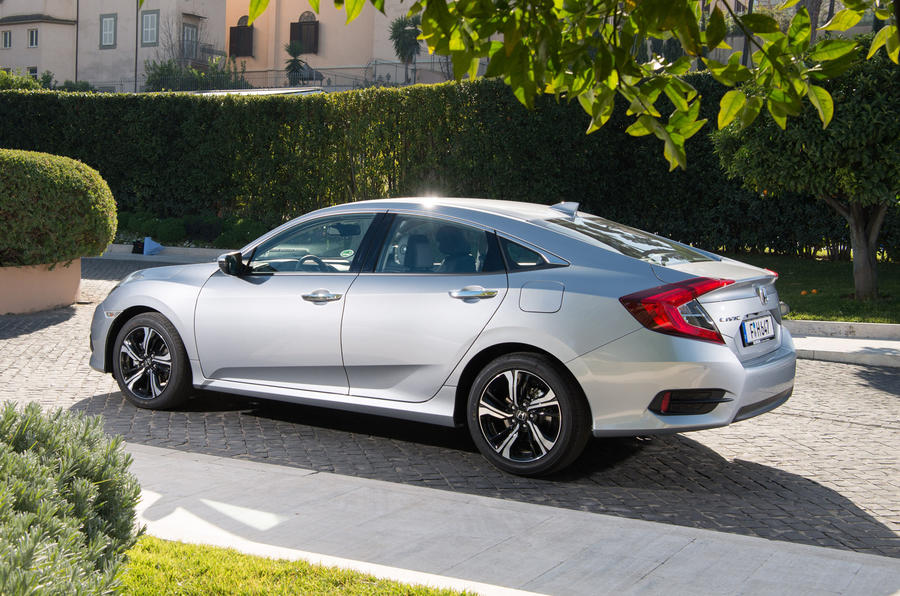 Newly turbocharged, and larger in every direction, Honda’s largest SUV hopes to rack up more sales, akin to the successful US version.

The Ceed is germinating into a whole family of models including a shooting brake and SUV. The hatchback remains at the core of the range, though.

It’s been a while since Maserati produced anything new and hardcore, but the Levante is set to be the next, with a 582bhp Ferrari V8 under the bonnet.

Power for the MX-5 gets a boost from 158bhp to 181bhp, torque also grows slightly and exhaust note has been tweaked.

Newly revealed third-generation CLS does without the shooting brake this time around, but maintains the style of the original. 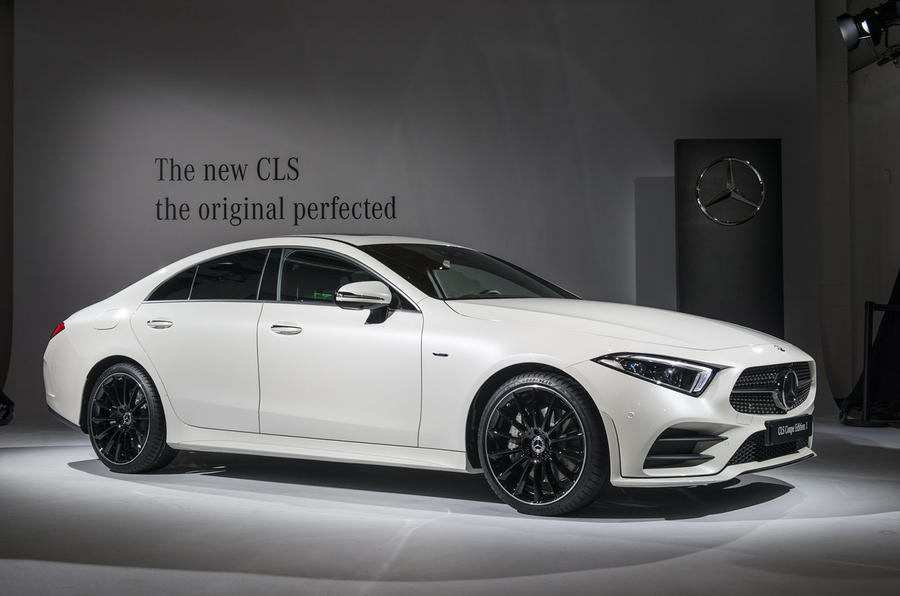 Next-generation Vanquish replacement will answer to the Ferrari 812 Superfast. Considerably more than 600bhp is mooted.

Harder and faster version of new all-wheel drive M5 is quicker off the line than its Mercedes-AMG E63S rival.

Isuzu’s workhorse will be refreshed for 2018, with styling, interior and technology tweaks. As the class heats up, Isuzu may have a fight on its hands.

Super-luxury, SVO-built two-door coupé will hit UK shores by the end of 2018, as an eventual follow-up to the Range Stormer concept of 2004.

Handsome saloon is updated with tweaked styling, handling and ride, while the interior has been given more upmarket tech. 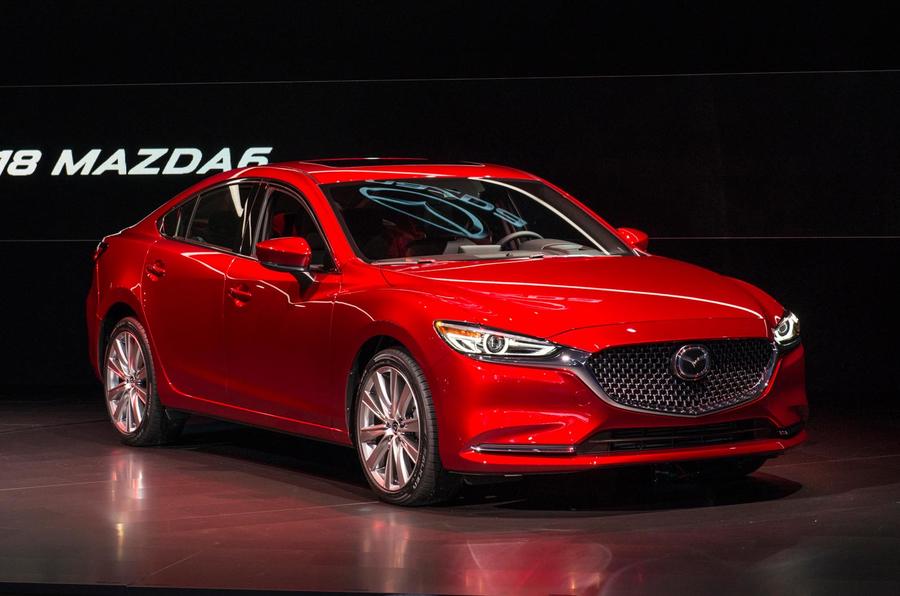 600bhp launch version will eventually sit below a super-hybrid with 805bhp. We smell a ‘Ring record attempt.

SUV handling hero reaches its mid-life stage, and there are new turbo V6 engines on the way, as well as a tweaked interior.

Roomier load-lugger goes up against Audi A4 Avant and BMW 3 Series Touring. PHEV version will top the range. 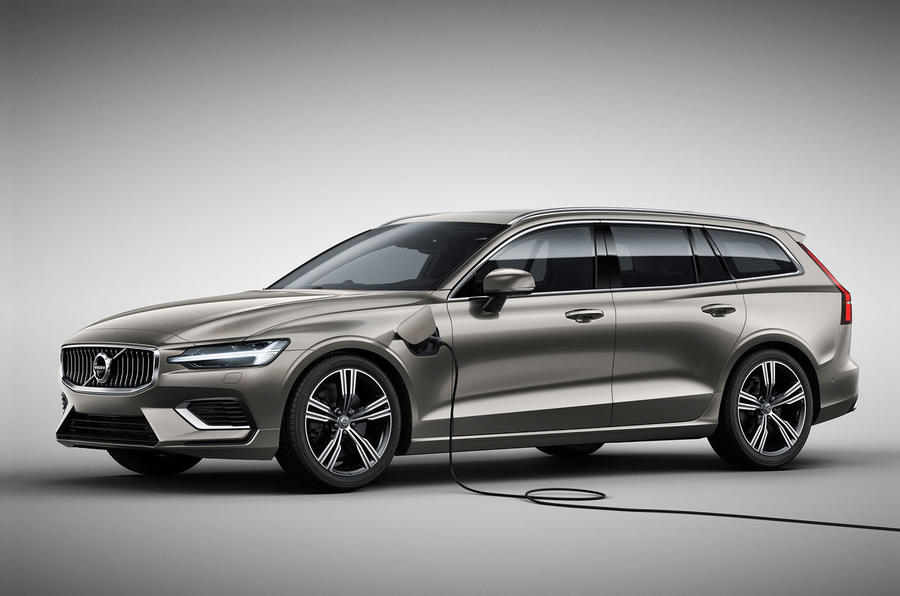 Up to 600bhp in M-badged form, but entirely more conventional down the rest of the range. Gets a more X7-like look – could be divisive.

Motorsport outfit is to produce its first ever road car – it’ll cost around £163,000 for UK customers when the first examples arrive in October.

Hyundai’s fast fastback is coming, with all the talents of the hatchback and a little more practicality.

Soft launch for Kia’s second EV, with the Niro EV going on sale as a powertrain option, rather than an all new model. 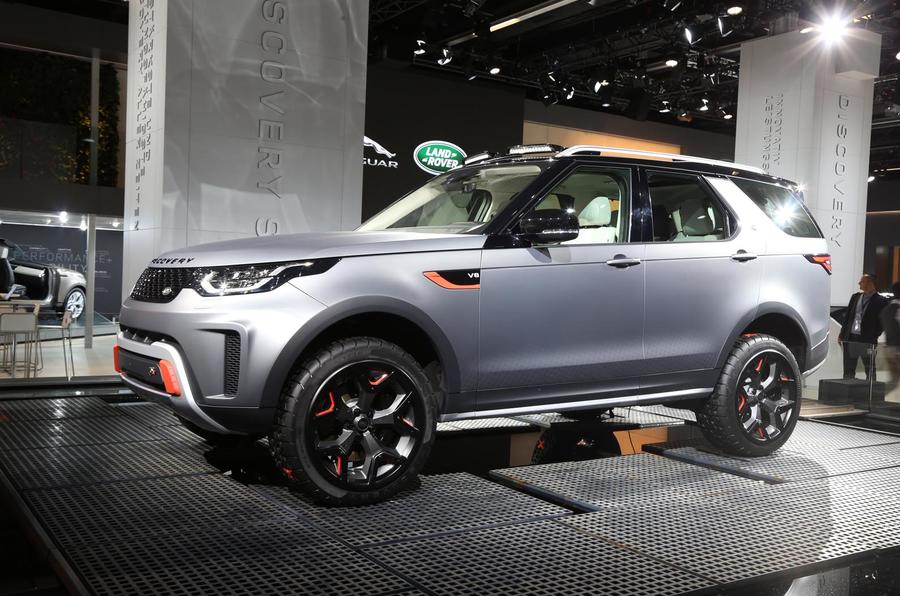 Sister car to the Jaguar F-Pace gets a performance-focused SVR variant. 542bhp and 502lb ft of torque, in case you’re wondering.

Morgan’s three-wheeled, first full-electric series production car gets a range of 120 miles, and will be available to customers from late 2018.

The Cupra Ateca has been swirling around for a while now, but the performance SUV is coming, and just in time for things to get cold again. 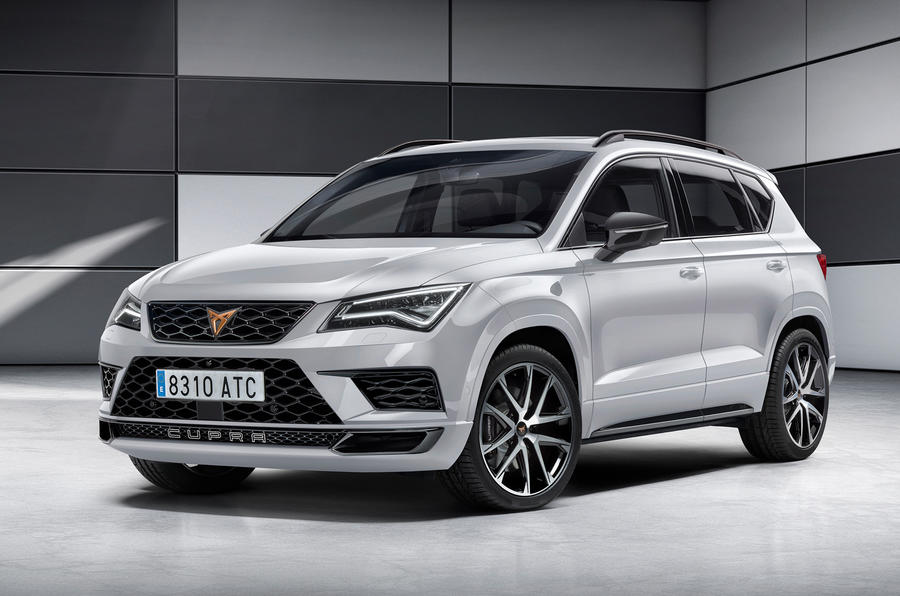 BMW’s new flagship with a not-so-new name. This version will actually get the supercar-baiting M8, though. Six and eight-cylinder petrols and diesels for the rest of the range, and a V12 coming later.

Fourth-generation large SUV puts a focus on technology, with a host of standard driver assistance, safety and convenience systems. 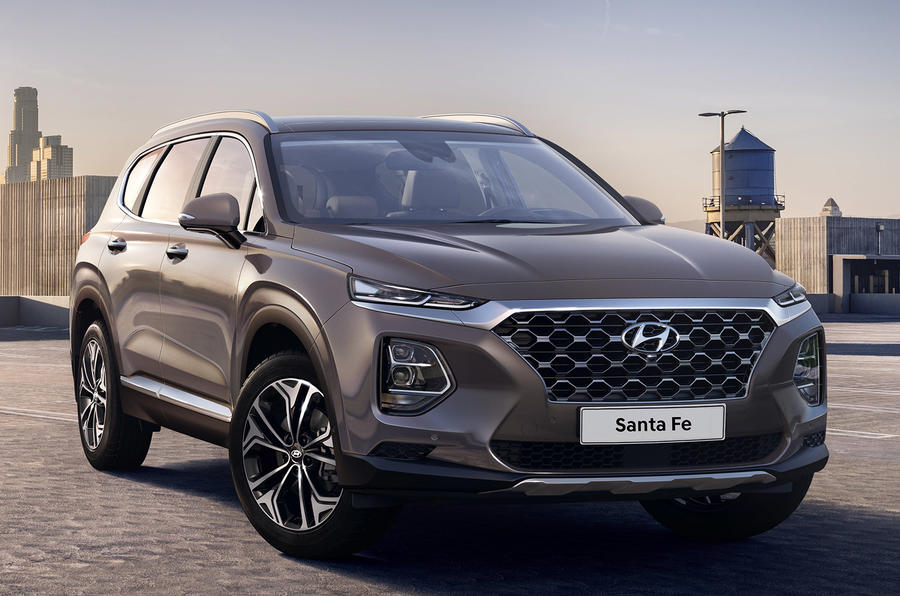 Jeep’s old-school SUV is getting thoroughly modern with a hybrid variant and new tech.

A Ceed with a bigger boot than a 5 Series Touring. Follows the lead of the new Ceed, with upgraded driver assistance systems too.

The facelifted Sportage arrives soon, and Kia is working on a 48V mild hybrid variant of its best-selling SUV. Unlike other mild hybrids, it’ll be a diesel.

Woking’s latest Ultimate Series hypercar is a £750,000, 789bhp track-friendly weapon. Bad news if you want one – they’re all sold.

MG’s first EV is coming in the form of an electrified ZS, which will rival the Kia Niro EV and Hyundai Kona Electric. Given its likely bargain price, don’t expect the same range as the others. 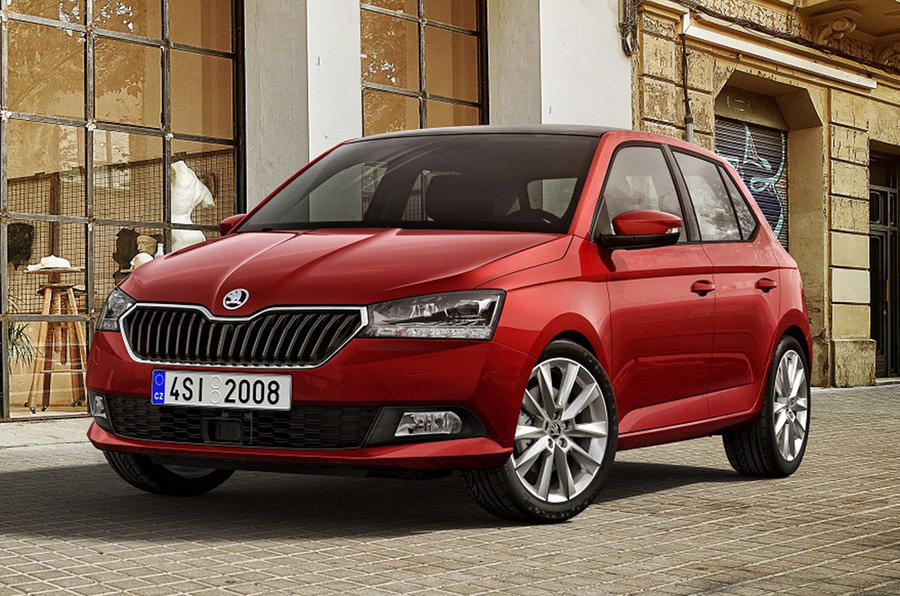 Audi’s aiming squarely for Mini with the A1, which moves to MQB for greater refinement, handling and quietness. 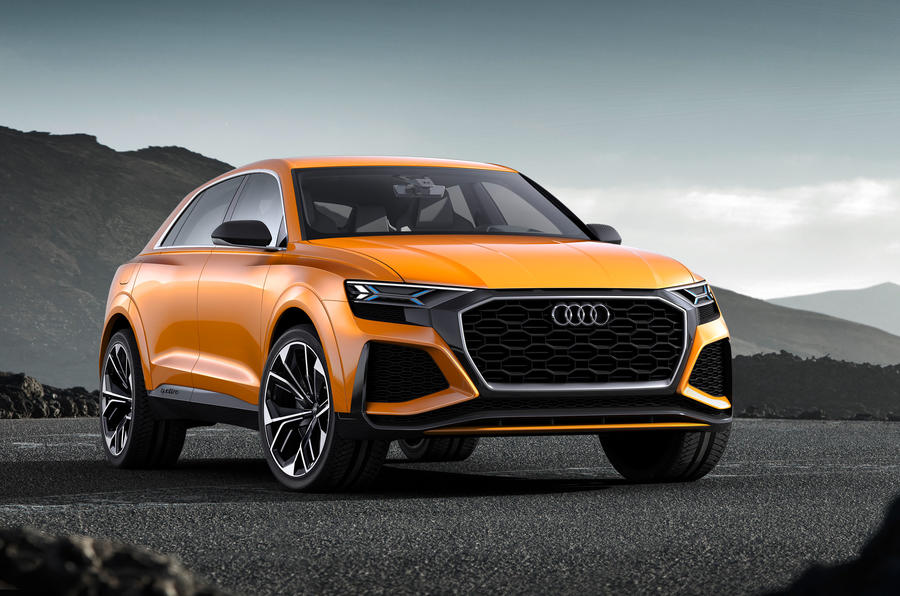 Citroën’s Nissan Qashqai rival arrives at the end of the year, with the brand’s Progressive Hydraulic Cushions suspension. Another with a hybrid version to follow.

Honda’s back on the hybrid hype after cutting the Insight some years ago with a petrol-electric CR-V.

Hyundai’s second FCEV will be another SUV, but will be a stand-alone model rather than a Tucson variant this time.

The first car with a variable compression ratio engine, Infiniti promises all the talents of petrol with all the efficiency of diesel. Eureka.

A power hike is certain, although it’ll likely not match the E63 S’s 603bhp. Exterior tweaks will be ever so subtle.

Mercedes’ mid-sized SUV will arrive in time for Christmas. The 4.0-litre AMG 63 won’t. 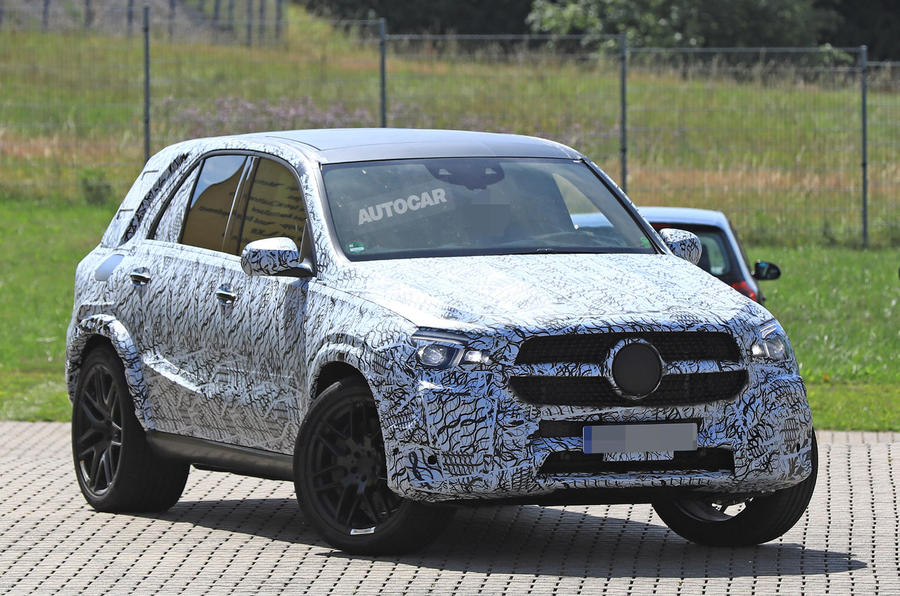 Another brand’s ‘first’ SUV, although you can bet your Phantom that this’ll be bigger and more expensive than any of those.

Seat’s seven-seater has been coming for a while now, and it’ll even has a name now. Expect similar packaging to the Skoda Kodiaq and Volkswagen Tiguan Allspace.

Another entrant into the fast SUV market, this time it’s Skoda throwing its name into the mix. A diesel engine with lots of torque is reported to be under the bonnet.

Rock-solid SUV gets the same treatment as the Outback, with interior tweaks taking precedent over minor exterior changes.

Venerable Volkswagen estate and saloon will be facelifted at the end of 2018. Expect the usual raft of efficiency, interior and exterior revisions. 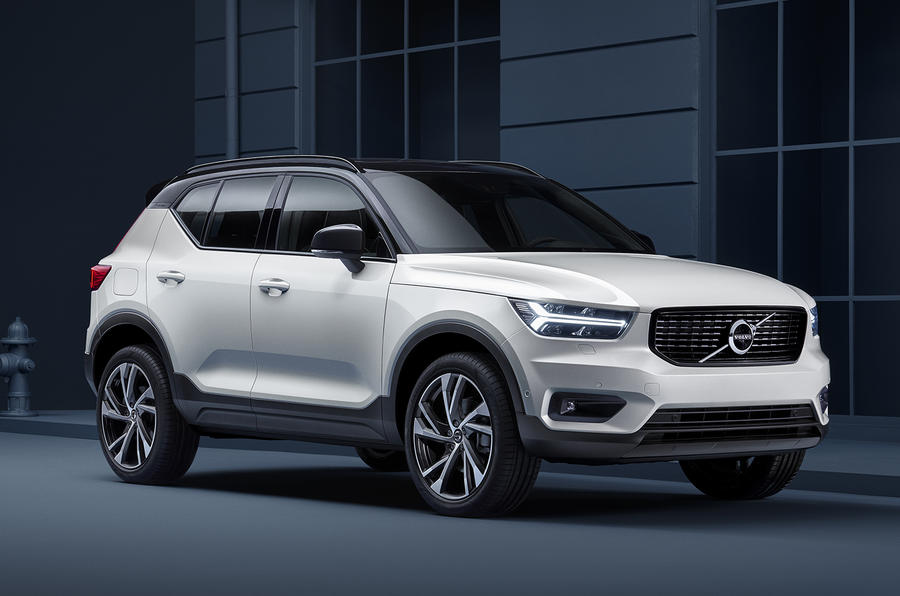 Volvo’s plug-in hybrid small SUV is coming from the fourth quarter onwards, with the brand’s 1.5-litre, three-cylinder petrol engine mated to a supplementary electric motor. An EV arrives in 2019.

Alpina sticks two fingers up to the ever-forecast death of diesel with a 323bhp, 516bhp six-cylinder diesel SUV. Europeans get two more chargers, 55 more horses and 52lb ft more than the Brits, though.

In a thoroughly modern Clash of the Titans, Audi will take on Jaguar in the electric market, with the E-Tron going up against Jag’s I-Pace.

Bentley’s Continental-GT-with-a-boot arrives early next year. Expect the same engine setup as the Continental – W12 first, then V8, then PHEV. 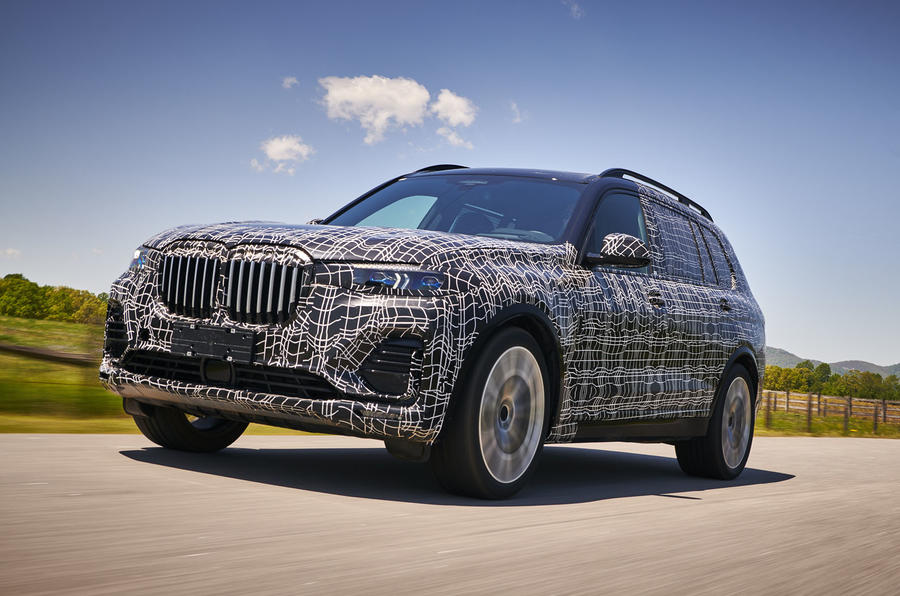 “We wanted a Z4 with more dynamic capabilities, one that was sporty and precise. A pure roadster, a pure driving machine,” says BMW’s driving dynamics expert. Sounds promising..

The UK’s first second-generation hydrogen fuel cell car arrives with a fleet of improvements over the ix35 Fuel Cell and a name all of its own.

A-Class warm hatch will fight the Audi S3 saloon and ever-rumoured full-fat BMW 1 Series M, if the latter ever happens. 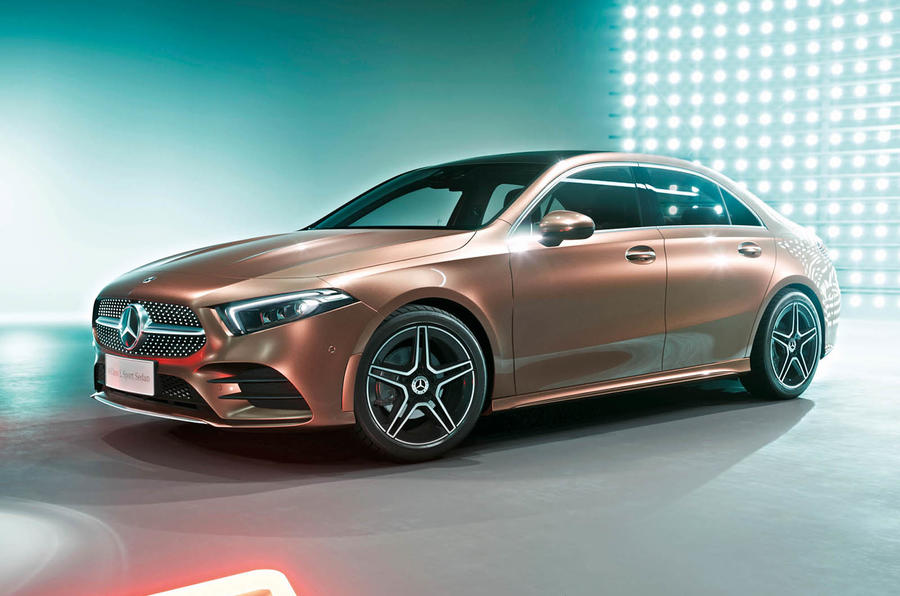 A-Class saloon will fight the Audi RS3 saloon and ever-rumoured BMW 1 Series saloon, if the latter ever comes to Europe. AMG versions to follow.

The Peugeot saloon has its verve back, so the estate is expected to have the same return to form. Hybrid flagship will be expensive, mind.

The Renault Alaskan has already been pushed back once, but Renault’s first pick-up is penned in for a 2018 launch.

It’s back! As the Avensis dies, Toyota fills its space with the plush Camry. First arrivals are early next year.

We know roughly what to expect from it, from looking at the T-Roc. Styling in early shots shows that it may be something of a departure from its slightly larger brother, though. 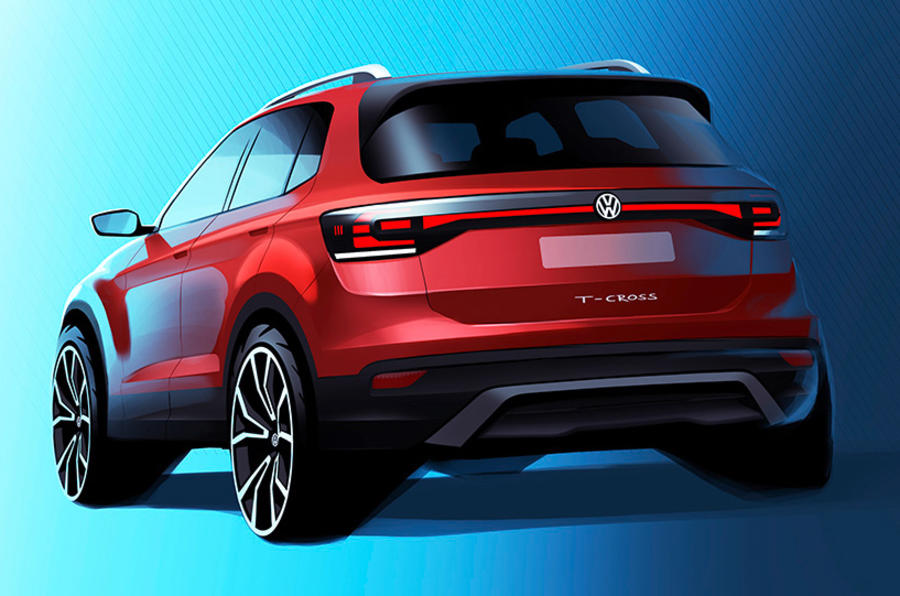 What cars are you most looking forward to? Let us know in the comments section below.

McLaren Automotive: The remarkable rise of the Ferrari rival